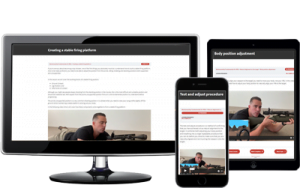 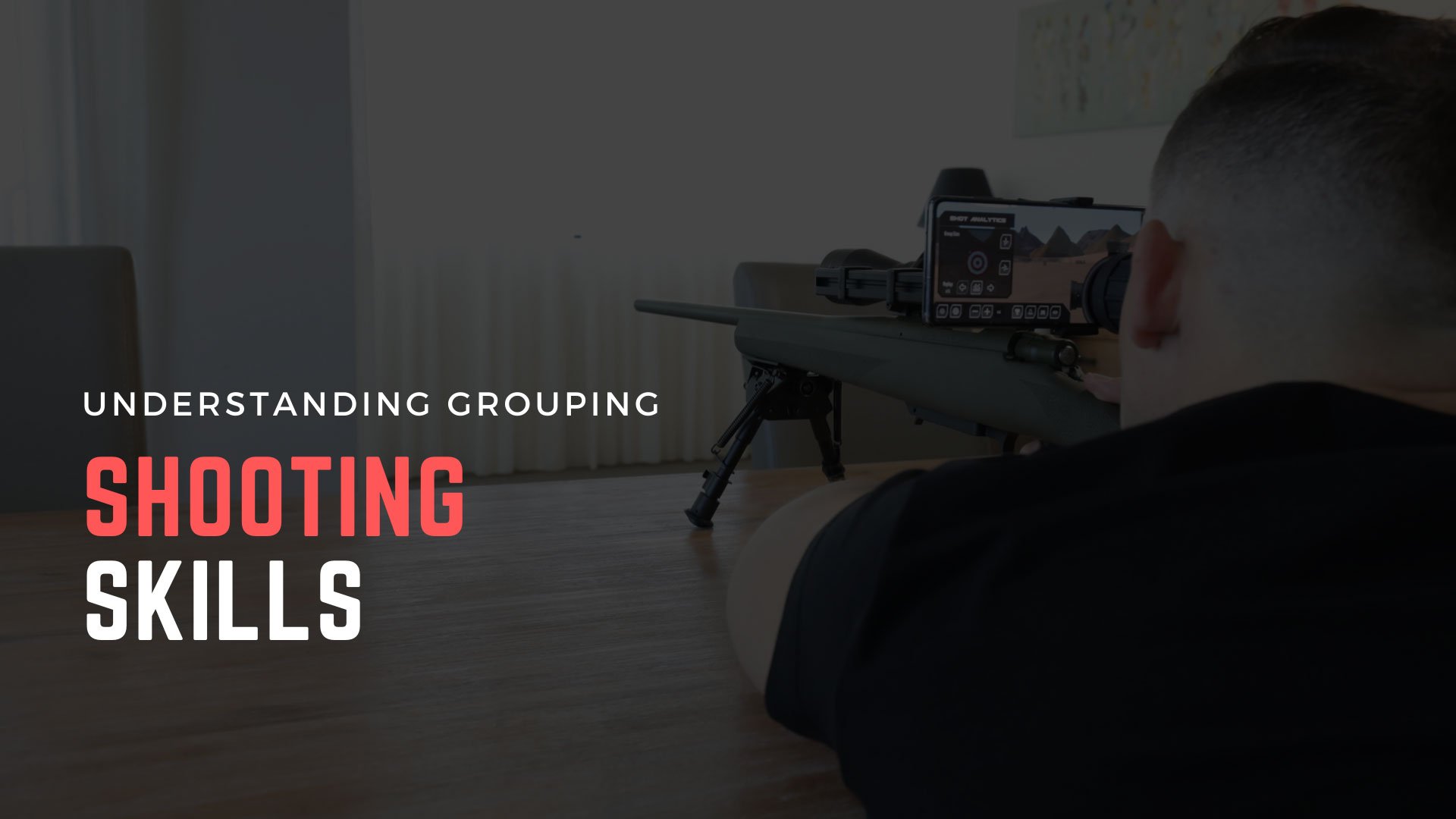 In our previous posts, we discussed stable firing platforms, breathing and natural alignment to the target.

If you are comfortable with those skills, it’s time now to put them into practice to achieve an effective grouping.

Grouping is one of the most important tools a shooter should use to generate feedback and data, which will tell a story about what is happening during the shooting process.

First of all, what is a group?

A group is a collection of shots fired at the same point of aim with minimum disturbance to the firing position.

It can be as few as three shots; however, five shots is more ideal to generate detailed feedback to understand exactly how effectively a rifle can be employed over varying distances.

What kind of data can we get from a group?

Grouping provides detailed data to determine whether or not the marksmanship principles are being applied correctly.

If not, the group size will be large and inconsistent and may form specific patterns, which is what we refer to as shooting feedback.

These patterns will help guide us to identify areas to work on to reduce the group size, which is critical, particularly if you want to shoot at longer distances.

What do we want to see in a Group?

There are two main aspects to grouping – accuracy and precision.

When we say accuracy, we mean that our rounds are hitting where we are aiming.

When we say precision, we mean our rounds are hitting in a consistent and tight formation.

Therefore, an ideal group would be a tight formation at the point of aim.

An example of this can be seen below:

If the group looks different from the image above, then it is likely that small adjustments are required.

But what adjustment and how do we figure this out?

The answer lies in the data or “story” that we are told from analyzing the group.

Let’s have a look at common patterns and what we can take from them.

This is most commonly caused by firing at different points in the breathing cycle, which means that the point of aim is at a slightly different vertical when the shot is released.

The best way to rectify this is to ensure each  round is fired on an empty lung and remember to take that small pause after a full exhalation to consistently fire at the same point.

An example of a vertical group can be seen below:

This is often caused by two common errors; muscling the weapon and or incorrect trigger manipulation.

If the firing position isn’t built correctly using the hips as a pivot point to make sure the weapon is naturally aligned to the target, then we will end up muscling the weapon in order to achieve the correct point of aim.

This will often result in small movement during the firing process that is often represented in a horizontal spread.

The other common cause is incorrect trigger manipulation, which can be the result of jerking the trigger or using incorrect finger placement, both of which will of result in a horizontal spread.

If this pattern appears, then try reviewing your firing position and practice achievement of natural alignment.

If those are both correct, focus on the finger positioning and trigger manipulation and you should start to see a reduction in your horizontal spread.

An example of a horizontal group can be seen below:

This is most commonly a result of canting or tilting the weapon when firing.

If this is the case then it either means the hold of the weapon is incorrect and not level or it is possible that the scope has been incorrectly mounted.

The fix for this is to check that the scope and mounts are horizontal and secure and to make sure that the hold on the weapon is firm and level.

An example of a diagonal group can be seen below:

This is a clear sign of an inconsistent point of aim.

When we see the below pattern, it is almost certain that the point of aim has changed during the grouping process.

The fix for this is straightforward; ensure maintenance of a consistent point of aim and do not make changes until the entire group has been fired.

An example of a split group can be seen below:

This is when a single round is separate from the rest of the group, either horizontally or vertically.

This could be a result of failing to apply any part of the marksmanship principles and at the end of the day we are all human and make mistakes.

When we see a single anomaly in the group it is simply that, an anomaly, and it is important not to make changes based on an irregularity, but rather focus on the consistent feedback, particularly if your other rounds are hitting your point of aim.

An example of a single pulled shot can be seen below:

A sporadic pattern or and inconsistent spread is often a result of multiple errors being made during the grouping process.

If this occurs, go back to the beginning of the marksmanship principles and focus on refining each of the steps to produce consistency in accuracy and precision to achieve an effective group.

An example of a Sporadic group can be seen below:

So as we can see there is a wealth of information that we can gather from the grouping process.

It is imperative that as a shooter, we constantly work to perfect our grouping.

The aim is to try to achieve the most precise and accurate group possible.

It is for this reason we have built grouping in as the foundation of the open range Shot Analysis in Virtual-Shot.

The shooting analytics will automatically measure your group size, and your best 5 round group will be added to the leaderboard at each distance.

This becomes the base indicator of our ability as a shooter; the more accurate and precise we are means the further we will be able to shoot with confidence and consistency. 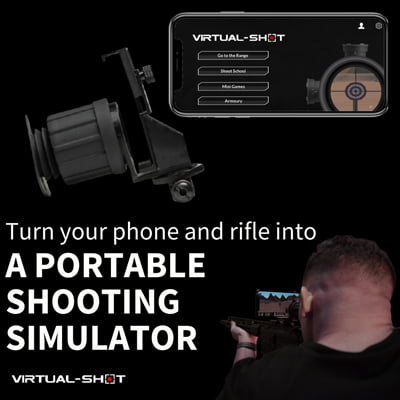 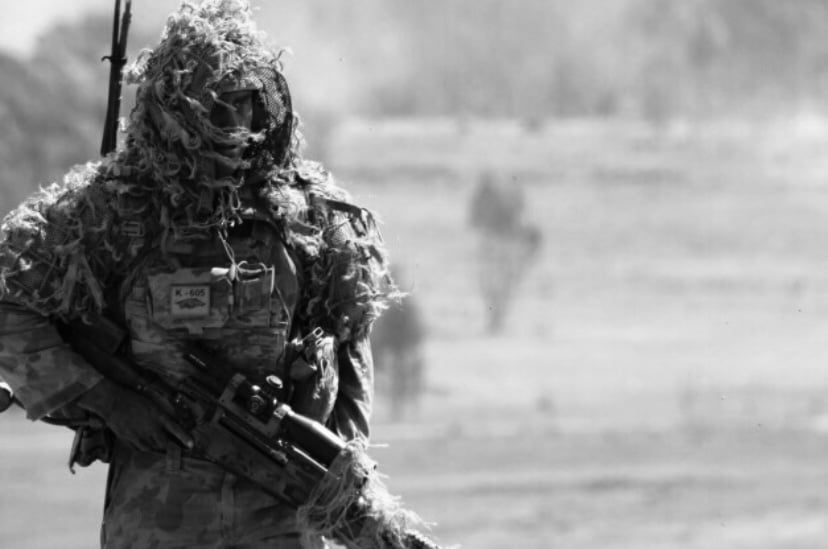